This week, I spent two days holed up inside Electronic Arts’ Redwood City campus, playing various Star Wars Battlefront 2 multiplayer missions. This followed an earlier day playing early missions in the single-player campaign. There’s a lot I haven’t seen, all of which will be covered in our full review in the days ahead. But here’s a look at the multiplayer aspects of the game.

The main difference between this new game and its 2015 predecessor is scale. The sequel is a lot bigger than anything we’ve seen before. It looks to have been designed more as a platform unto itself than as a traditional iterative game. In the Disney age of rapid Star Wars evolution, this makes sense.

As well as adding a single-player campaign to the standard multiplayer offering, Battlefront 2 comes with an “arcade” mode, which is essentially a multiplayer safe space for anyone who’d rather test themselves against AIs than humans. It also offers a series of ever more difficult challenges.

While the first game was set in Star Wars’ “classic” era, this sequel hops between the prequel age, classic trilogy and the new era, offering appropriate ships, locations, fighting units, vehicles and weapons for each.

You get to choose the kind of game you want to play from a menu that includes Starfighter Assault, Galactic Assault, Heroes vs Villains, Strike and Blast. Each one serves up a range of scenarios from a different era. The only units that can skip between eras are heroes.

These, and all premier units, are no longer picked up by collecting in-game icons, but through earning “battle points,” which can be used to buy a selection of heroes and units deemed appropriate to the task at hand. So a large map might offer up a range hero, while a tighter map is more likely to offer a melee unit. Battle points lapse at the end of each game.

This system makes for a more equitable and less random way to get your hands on a beloved hero, or on a favored ship. There’s an element of strategy at play too. You can plump for a relatively cheap unit early in the game, or save up for something bigger, cooler or more powerful.

The in-mission upgrade system is also useful in Galactic Assault, which is a much-expanded version of the first game’s Hoth battle. These are bigger vehicle maps, in which the best players work their way towards the most effective and powerful rides. 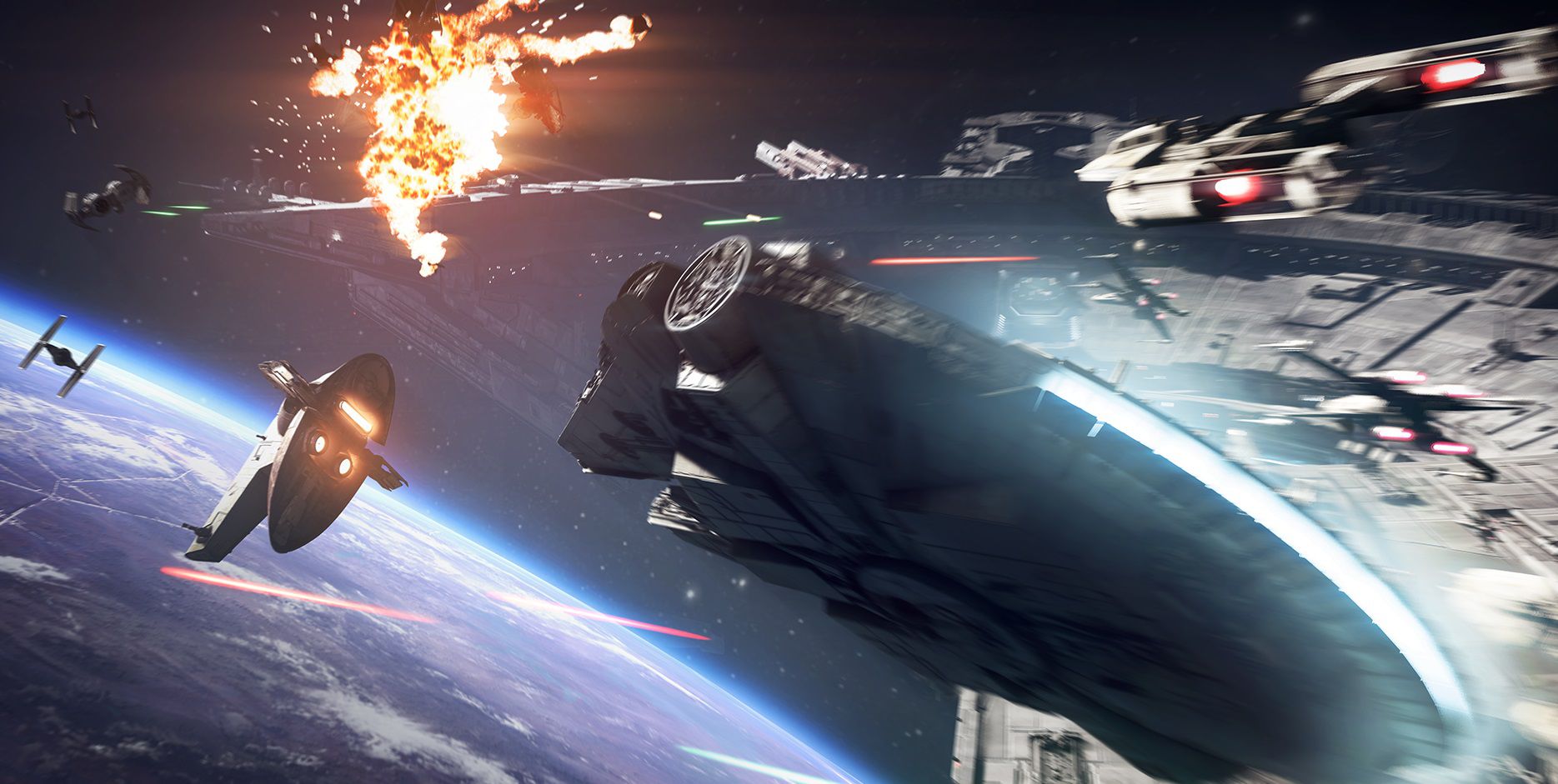 Each unit has a base combat move as well as three secondary abilities. These can be enhanced by “star cards,” which are either applied game-wide or are unit-specific boosts. Players can equip three star cards at a time.

Cards are collected and kept either by fulfilling certain tasks or by opening loot crates. Yes, crates are a big part of the game’s economy. You can build up credits via in-game activities, score and crates themselves. You can also earn “crystals,” though these are mainly a real-cash currency.

The maps offer a decent variety in terms of the Star Wars universe and play style. Some are corridors and rooms, while others take place outdoors. These tend to offer more space and elevation, but the maps are all relatively confined, in comparison to recent games in, say, the Battlefield series.

This is a reflection of EA’s desire to be more inclusive. Battlefront 2 feels like it moves more slowly than more demanding military shooters, and is less of a twitch-fest. That isn’t to say it lacks challenge or drama. It’s just a different pace.

Different modes tend to offer solid team-based objectives, usually a series of obstacles leading up to a central target. Teams are tasked with mainly defensive or attacking duties, although there is an element of both in all missions. If you’re an aggressive, ranging player, you can do that, even if the mission demands protecting a static geographic point. 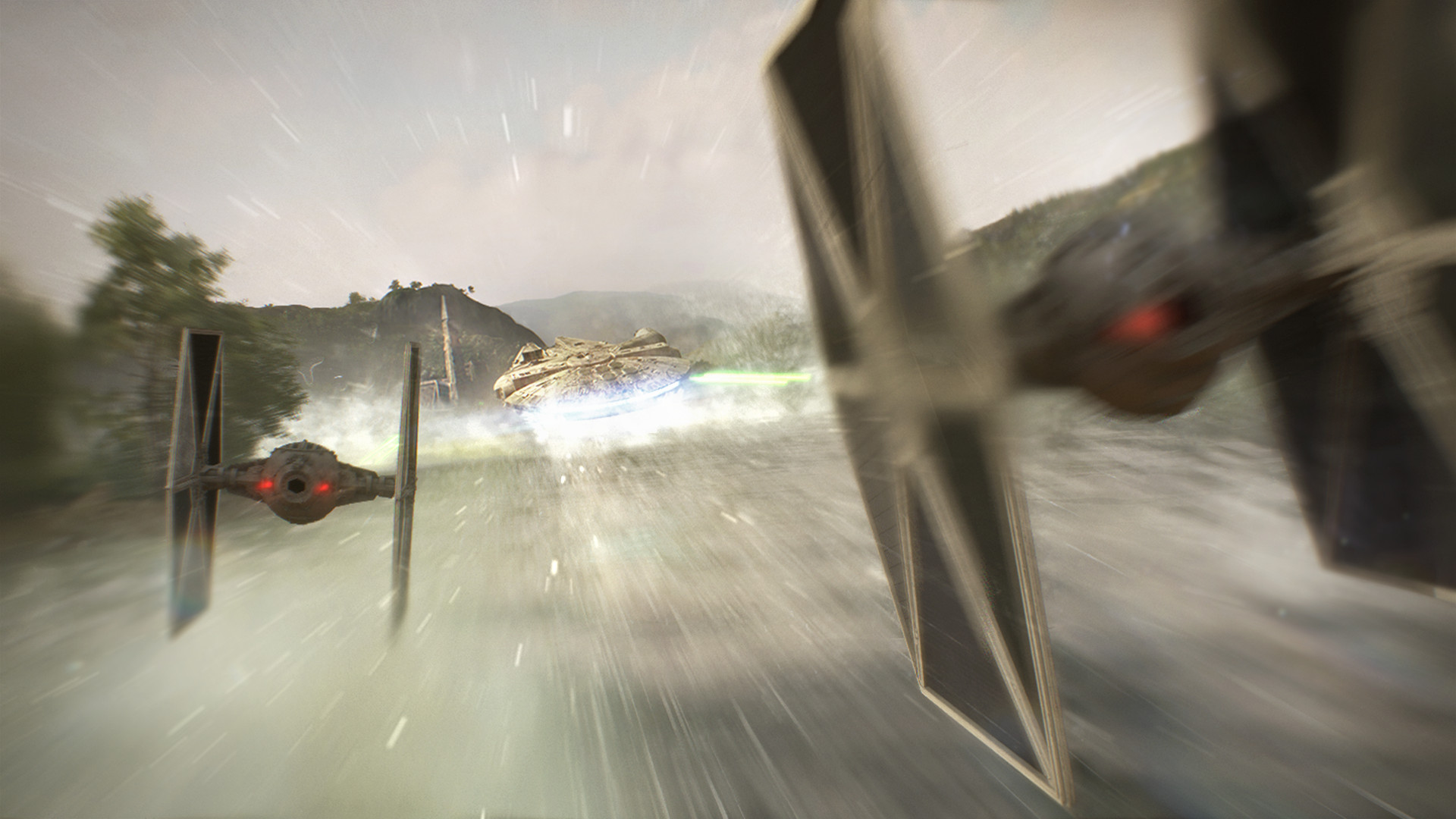 Team play is important. Extra points are awarded to players who stay in proximity to teammates, or who work together to take out objectives. The best teams also take advantage of unit and vehicle variety. It’s not much fun using, say, a slow bomber unit on your own, but if you’re protected by more nimble units, you can get a lot of satisfaction from causing major damage on destination targets.

The inclusion of Star Wars music, narratives, aesthetics and characters adds its own excitement. EA’s trio of studios working on this title — DICE, Motive and Criterion — have certainly crammed the game with all things Star Wars.

Our full review will be coming soon. But in the meantime, after playing a limited selection of single- and multiplayer parts of Battlefront 2, I’m optimistic that this game will find favor with fans of the last game, as well as with Star Wars enthusiasts who are looking for a varied world that caters to different skill levels.